It took many years for me to find that perfect someone to share my life with. It took a lot of growing up and being comfortable with myself before I could commit to anyone and vice versa. If you write romance, you'll see it's not much different than our hero. As the story progresses, our character grows up and it's only then that they are ready to find and accept love (almost always at the end of the story).

What I've learned is that 1) you can't force love, 2) you should NEVER feel obligated to someone, and 3) you have to love yourself first. Without these three lessons, relationships are almost always doomed to fail. In my profession, I've seen more marriages fail because of it. And I don't mean divorce either, I'm talking violence, murder and mayhem. Everyday, folks.

Slow and steady wins the race, especially if you're a writer. I have been working so hard on my WIP's that I barely have time to do anything else. Learning how to take it easy and pace myself has definitely been a priority. So in the spirit of Valentine's Day I got my early V-Day gift from the hubby: a gold turtle necklace, to remind me that patience will win out and I'll soon have my book published.

I have spent the last few days writing everyday as part of my challenge and while I flaked yesterday on my goal of writing 3 hours on the weekend, I'm am making up for it today!
Posted by Claudia Lefeve at 1:49 PM 7 comments
Email ThisBlogThis!Share to TwitterShare to FacebookShare to Pinterest

What Happened to the Classics?

My office just announced that we were going to have an impromptu party on Monday to celebrate Valentines Day. Now, I'm not sure how it's "impromptu" since we have advanced notice, but I'm game if it involves chocolate.

On my way home I decided it would be fun to buy valentines to put in everyone's mailbox at work. In my head, I imagined picking up a box of Ziggy, or perhaps some Superman cards...you know, the kind we all got when we were kids (well, if you were a kid in the 1980's). So imagine my surprise when I showed up at my local CVS and all they had were cards that featured characters that I didn't even recognize. 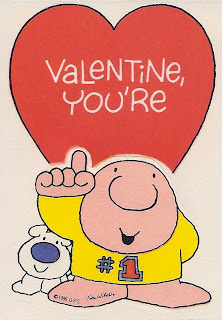 Leaving the store totally disappointed, I decided to just do my own cards this year. I found this great site where I can download vintage cards. 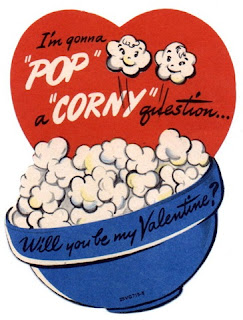 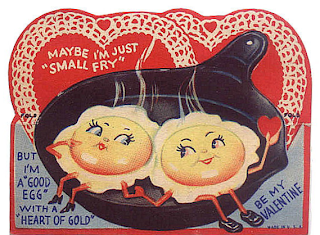 Okay, so this post had nothing to do about writing, self-publishing, or anything book related.
Posted by Claudia Lefeve at 7:59 PM 0 comments
Email ThisBlogThis!Share to TwitterShare to FacebookShare to Pinterest

It's Superbowl Sunday! That mean's my husband will be preoccupied with the game, while I spend the evening writing.  I know, I'm probably the only one in America that will not be glued to the tube tonight. This has always been a strange concept for my hubby, as I grew up in Texas and football is supposedly part of our DNA. Sure, I went to all the high school football games and a lot of college games, but when I got older I realized, I just didn't get the game. Now, I have come to appreciate football because it keeps my hubby busy on the weekends. But what am I going to do now that the last game is played tonight??

It's also Sunday check-in time! When I started this challenge a week ago, I had hopes that I would have progressed in my writing. I thought that by not setting word counts, it would be easier to accomplish my goals. No such luck. My week started off a little rocky, but in the end, I managed to get some quality writing time in. I did some much needed editing on Heir and I got about 3,000 words done for my WIP. Not too shabby, but not great either!
Posted by Claudia Lefeve at 10:10 AM 5 comments
Email ThisBlogThis!Share to TwitterShare to FacebookShare to Pinterest

How Life Gets In The Way, #ROW80 Update

Last night I was telling my husband about all the success some indie authors are having and he asked if I was jealous. No, I wasn't jealous, because that's just mean spirited, but I did admit I was a bit envious. His response was, "Well, when those readers finish those books, they have to read something else right?"

Yea, I guess they do.

So, this only being my first few days into #ROW80 and I had every intention of completing my goals by today's check-in. I mean, how hard could it have been? My goals for this challenge were pretty simple: Write everyday during the week and spend at least 3 hours writing on Sat & Sun. I didn't set a specific word count, as long as I wrote something.

So Sunday being my first official day, I ended up being called out to work for almost five hours. I did get my three hours done, but it was a bit forced by the time I got home at 7:30pm.

Monday was a wash. I ended up getting home around 10pm after a full day of work, including teaching my night class and I was spent. So much for writing...anything.

Yesterday, I stayed home sick. And who could blame me? I'd spent the last seven days working (not including writing) without a break. My body said it wasn't getting out of bed and I listened. I didn't get much writing done, but I did spend several hours editing Heir.

Today, I'm off to a much better start, as I got in some writing time this morning and plan on doing some writing after I finish this post.

Because readers are going to need something new to read : )
Posted by Claudia Lefeve at 6:52 PM 5 comments
Email ThisBlogThis!Share to TwitterShare to FacebookShare to Pinterest
Newer Posts Older Posts Home
Subscribe to: Posts (Atom)