Wyatt McKenna has avoided his hometown for years, until a chance encounter prompts him to return to the small Texas town of Caldero, a place where he prefers to keep the memories of his childhood buried.

Natalie Betancourt is sent to spend the summer with her aunts in Caldero, in an attempt to escape the curse placed by the very priests that have guarded her family’s secret for generations.

In a sleepy Southern town where nothing ever happens, Wyatt is charged with changing the course of Natalie’s fate and the destiny that awaits them both.

DARKLY BEINGS is the first book in a new series! It is now available on Amazon (Kindle), Apple (iTunes), Barnes & Noble (Nook), and Kobo. Also available in trade paperback at Amazon.

Destiny has a way of catching up.

Saddled with powers she doesn't understand, Etta Fleming's world is turned upside-down the day she meets Cooper Everett, the man who transports her to an alternate reality. A reality she was meant to be a part of. One minute, she's an orphan living at Dominion House for Girls, an institution for delinquent foster kids, then finds herself attending the exclusive Dominion Hall Academy.

Plucked from the only world she's ever known, Etta now has to deal with an aunt she never knew, a boyfriend she doesn't know, and a best friend who can't know.

PARALLEL is the first book in the Travelers Series and is available for FREE on Amazon (Kindle), Apple (iBooks), Kobo, Wattpad, and super cheap ($0.99) at Barnes & Noble (Nook). Also available in print at Amazon and Barnes & Noble.

Etta is slowly readjusting to life in her new reality, while still recovering from the shock over the news regarding her relationship with Cooper.

While learning more about her role as leader of the Council, she soon discovers that her future is linked to the five extraordinary individuals she must recruit in order to ensure her destiny.

Nothing is as it seems, as rivals become allies and friends become the enemy.

PARADOX is the second book in the Travelers Series and is available for Amazon Kindle, Barnes & Noble Nook, Kobo and Apple iTunes. Also available in trade paperback at Amazon.

Take hold of your destiny.

Undeterred by the shift in the timeline, it is up to Cooper Everett and his friends to convince Etta that she is still destined to become their leader, fighting against their post-apocalyptic future.

Will meeting the ghosts of her past convince Etta that she's part of a grander destiny? Or will her past, present, and future worlds collide?

PARADIGM is the third book in the Travelers Series and is now available for Amazon Kindle, Barnes & Noble Nook, Kobo, and Apple iTunes! Trade paperback available on Amazon.

After the events of PARALLEL and PARADOX, in a timeline shift prior to the reality of PARADIGM, comes HITCHED, a Travelers Series short story.

You are cordially invited to the wedding of Etta Fleming and Cooper Everett.

This short story is approximately 4,000 words and will be available for Amazon Kindle, Barnes & Noble Nook, Kobo, and iTunes! 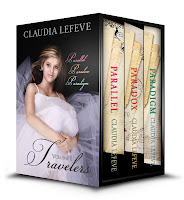 
If you'd like a signed bookmark, send me an email with your info & I'll be happy to send you one!

Coming Soon to a Theatre Near You!

Coffin Hop - Death by "Drive-In" will feature one of my short stories (I finally get to see my chupacabra story in print!), as well as stories from some of the very best in horror lit! Coffin Hop 2013 will be a week long event (October 24-31). Release date coming soon!

Let it Snow! Season's Readings for a Super-Cool Yule! 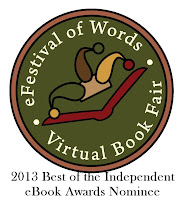 "Old Mexia Christmas Brew" is set in the Travelers universe, in an alternate reality that takes place within PARADIGM (Book 3).

What happens when Jenny and Chase spend their first date in a little village in Mexico during the impending Mayan prophecy?

LET IT SNOW! is available for Amazon Kindle. Royalties from the sale of this collection go to Hurricane Sandy relief efforts.

Collections and Other Short Stories

Presented in the classic tradition of southern gothic horror, this collection of short stories, previously published in other anthologies, is now available in one horrific collection.

unDEAD DIXIE DEBS (A Collection of Stories in the Tradition of Southern Gothic Horror) is now available in ebook format for Amazon Kindle, Barnes & Noble, Kobo and trade paperback at Amazon.

A victim of a horrible crime.
The two star athletes that share a secret.
And the small town that must repent.

THE FURY is approximately 10,000 word novelette and is available for Amazon Kindle, Barnes & Noble Nook, and Kobo.

A well-loved wizard takes a much-needed vacation in rural Indiana, and visits Nights of Frights at a small-town drive-in theatre.

Turns out it's harder to be off the job than he thought.

THE WIZARD is a flash fiction short that includes my short story Southern Hospitality and a short by Ash Krafton and is currently FREE on Amazon and Smashwords.