Coming Soon to a Theater Near You

I'm several months early in announcing this, but I'm so excited about this project I thought I'd do a super early post on it. Coffin Hop: Death by "Drive-In" will be released sometime around October and here's the new cover (designed by the talented Liz Howerton): 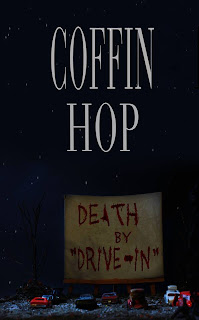 This anthology is part of Coffin Hop, an annual horror event, and this collection features the work of some of the best in indie horror! I am so honored to have one of my short stories included in this. This years festivities will run from October 24-26 (a bunch of great prizes were given away last year) and I'll keep y'all posted on when this anthology will be released!
Posted by Claudia Lefeve at 3:34 PM 0 comments
Email ThisBlogThis!Share to TwitterShare to FacebookShare to Pinterest

It's Indie Life time again! I hope y'all are having a good writing day/week/month! I don't have much to offer today, but... 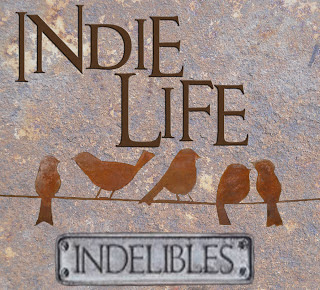 I've been a busy little bee lately and yes, that even includes writing! I am on the final scenes for DARKLY BEINGS and I am *keep your fingers crossed* hoping for a late June/early July release! Yay!

Usually when I'm towards the tail end of a book, I start to pay more attention to music. I know there are many authors that write to music (I'm not one of them), but I do tend to associate certain songs, whether it be in the car, watching TV, or doing other things, as a sort of theme to whatever it is I'm writing at the moment. Thus, a playlist is born! Right now, my list consists of old school country, zydeco, and even some Spanish tunes.

What about you other writers? Do you have a playlist in mind as you write or does it come together once you're towards the finish line?

And in honor of my almost-there-but-not-quite WIP (especially since I've been slacking on the updates), I thought I'd post a little sneak preview!


CHAPTER ONE (excerpt)
*Keep in mind, nothing has been edited yet!

The bell chimed as I wandered into the storefront. It wasn’t in the best part of town, in fact, it was located in one of those seedy neighborhoods you could only be brave enough to venture into during the day. But this was exactly the kind of place I knew I’d find what I was looking for. I wasn’t sure what that was exactly, but this was one of those situations where I knew I’d find what I was seeking as soon as I saw it. My afternoon foray to the bad part of town was more for a project really; to find something, anything, that looked even remotely interesting for a paper I had to complete for class.
An elderly black woman stepped out from behind the black curtain and went up to the counter upon hearing the bell, announcing she had a customer. She had the kind of ageless appearance older black women seem to have that could keep you guessing as to her true age. For all I knew, she could have been anywhere between forty or eighty years old. The woman eyed me as I walked along the tables without saying a word, as I inspected the odds and ends she had for sale in her little shop.
Satisfied I wasn’t here to cause trouble or shoplift, the old woman finally spoke from behind the counter, “What you seek you will find at home,” she said from the main counter like some carney fortuneteller.
“The person you seek is at home,” she said again, her thick New Orleans drawl had the slightest trace of an accent. Haitian perhaps?
I eyed the old voodoo woman curiously. There was no doubt she was none other than Madame Marguerite, whose name was painted in red on the front door of the shop. “Is that so? How do you know I’m looking for someone?”
She winked and grinned, exposing a gold capped tooth on her bottom row of teeth, marring her otherwise bright pearly white smile. “Aren’t we all looking for something, cher?”
And that’s exactly why I didn’t believe in all that magic mumbo jumbo crap. People like the shop keeper always stuck to the obvious to make you believe what they were saying was true. Sure, weren’t we all looking for someone or something at one point or another? It was all just a big farce if you ask me. Magic, potions, and fortunes were all just a rouse to con gullible people out of their hard earned money. It was something I knew a little something about. You believed in it because you want to believe, not because it was truth.
It was one of the reasons why I chose Cultural Anthropology as my field of study — I was a skeptic. And what better way to debunk all this hoodoo voodoo than to study it and reveal it for the sham it really was. Don’t get me wrong, my interest in the varied cultures of the world is what first lead me to study the field in the first place, but after three years of college, I began to have reservations about some of the practices involving religion or magic.
The only reason I was in the voodoo shop in the side streets of New Orleans to begin with was to do some last minute research for my final paper. I wasn’t planning on buying any potions to find a lost love, and I sure as hell wasn’t planning on taking advice from the old lady who posed as a grand voodoo priestess, no matter what the placard out front said.
“Well, my roommate Paul is at work, so he’s not technically lost.” I knew it wasn’t what she meant — not that there was any real meaning behind her words — but I wasn’t going to tell her anything revealing about myself so she could use it against me later. That’s how these fortune tellers and mystics worked. They get you to open up with personal information so they could regurgitate it later and claim they have actual insight into your future.
The woman smiled. “Cher, you know that not the truth. That not be the person you seek. Go home,” she instructed. “Your destiny awaits you.”
And there it was again. That one little word that could turn a skeptic into a believer: truth.
Only this guy ain’t buying.

Don't forget to check out the other indie writers over at Indie Life!
Posted by Claudia Lefeve at 9:26 AM 6 comments
Email ThisBlogThis!Share to TwitterShare to FacebookShare to Pinterest
Newer Posts Older Posts Home
Subscribe to: Posts (Atom)